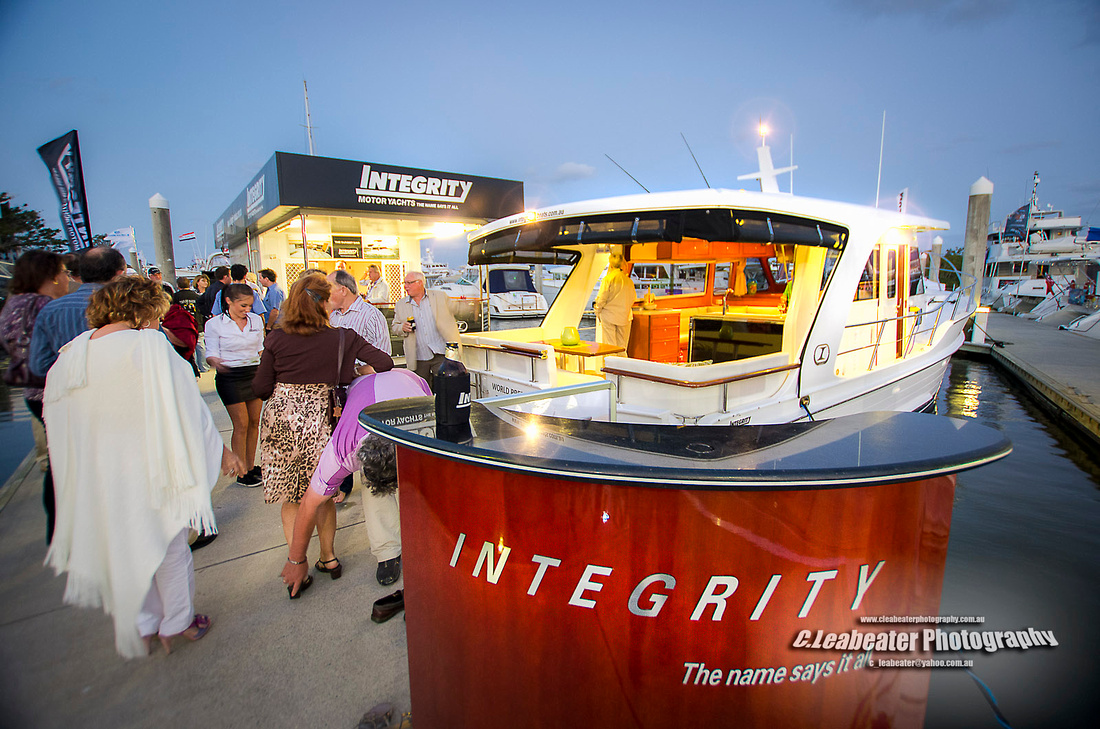 Well the guys down at Integrity asked me to come along down the Marine Expo and capture the evening. And well what an event! despite almost becoming lost amongst the exhibitors I finally found the boys. And just in a nick of time! the sun was quickly disappearing so before it disappeared over the horizon I needed to get some shots using some of that ambient light (and no flash). After that it would have to be on camera flash

So the location was very short on space…..there was only about a 4 metre width on the jetties, but luckily I’m not the biggest guy…… I could weave my way through the crowd. In light of the minimal room I decide I would only need 2 lens – the 24-60mm and the 10-20mm, medium to wide and a tripod for those ambient light shots.

Plan of attack….so first some super wide angles to get everything from a distance and create some atmosphere, then move around the group where possible and then move in for the up close and personal shots and etc. 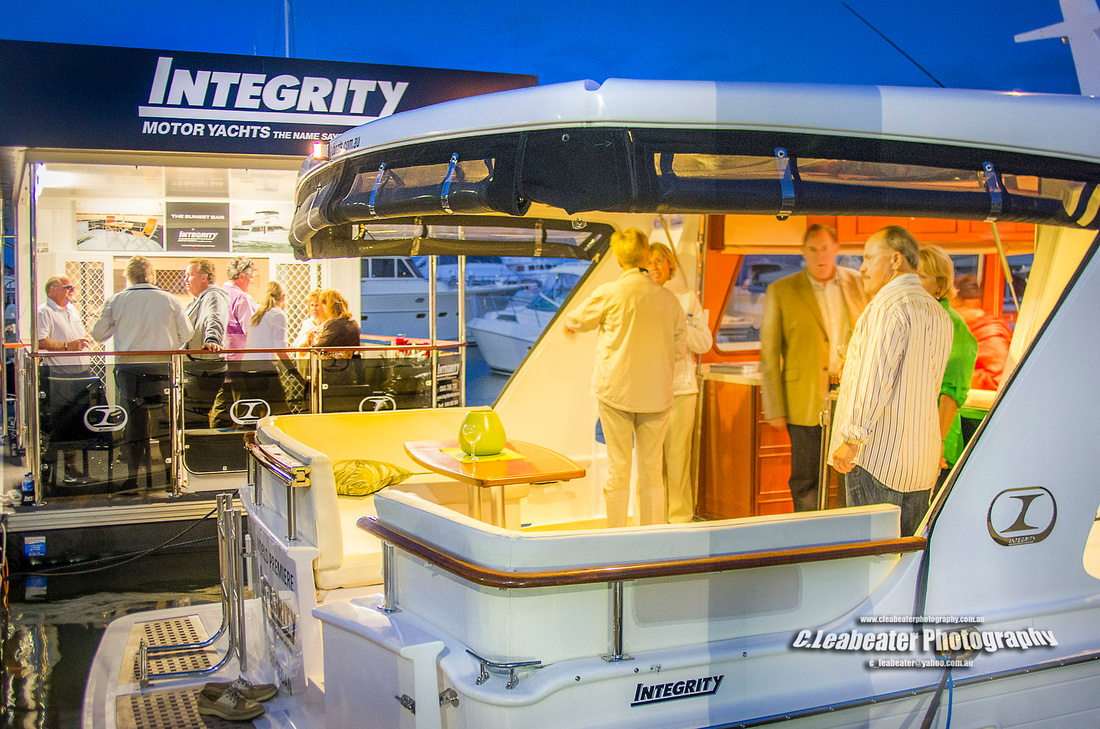 Now you’ll see in most shots I tried to include the signage, this is important especially to the client as it tells the story, it helps the viewer instantly know what the picture is about. There are very sneaky ways of doing this….it could be an inclusion of a logo or a reflection certain colours….you know what I mean…. so something to think about when considering your framing/cropping. For example in the image bellow I have included the writing on the podium in the foreground and also the signage on the office in the background. There is no possible way you don’t know what company is in this picture! (well for most of us!) 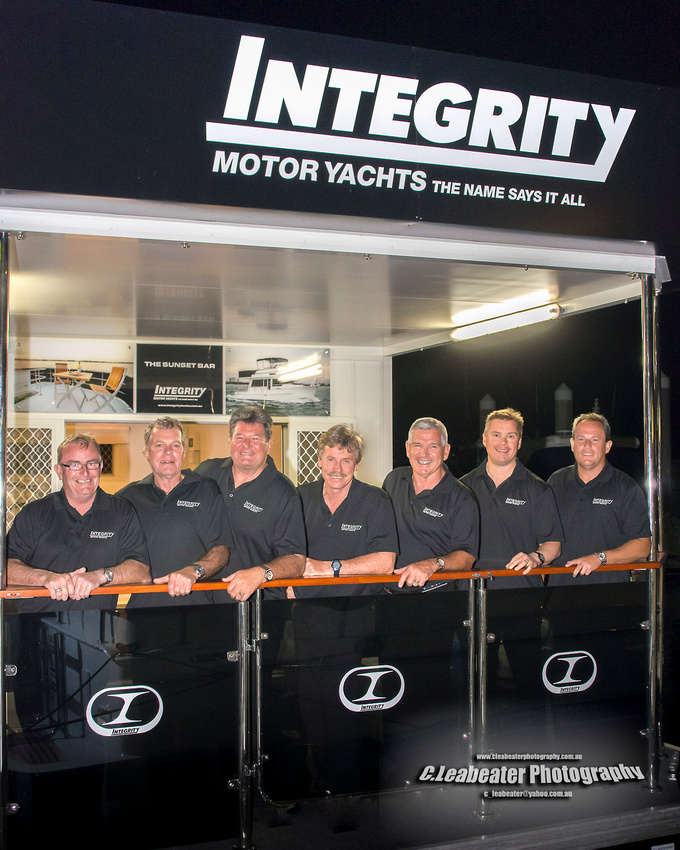 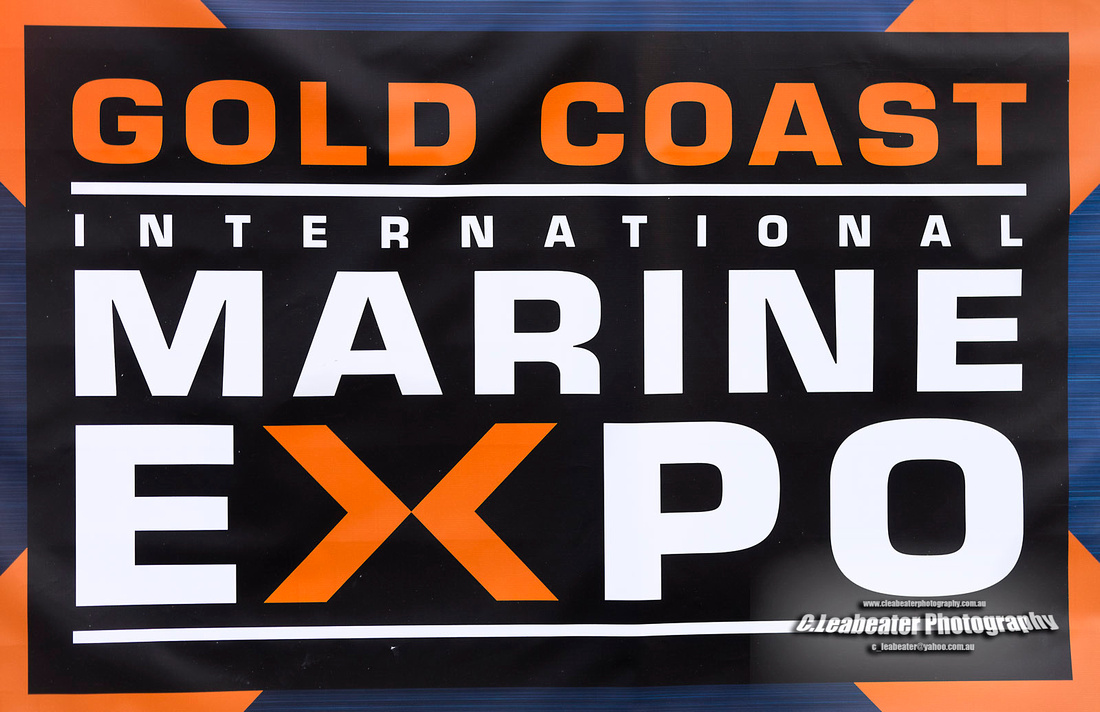 So after the sun had all but gone I grab the whole mingling shots and some of the speeches. It’s interesting to find out that clients almost never us any speech photo’s , and it reminded me of my past efforts . It is almost impossible to get a good speech shot …the timing needs to be spot on, I like to wait for the moments where the subject has stopped talking and their lips are not opened or when there smiling. Other wise you get some weird expressions…..good for a laugh i suppose!

And finally  of course we can’t forget the final group pic…..so with limited room I lined these guys up, remove any distractions from the background and blasted them with flash! Shoot done!

This shoot was not without any fatalities though…..I did loose my lens hood from my 10-20mm….. one down side to working in and around water! Just as I was changing lens it decide to go for a swim. No to worry …think i’d be more upset if it was a lens!